The kikoy is the beach trend. Forget the old-fashioned towels, today the fashion is for kikoys towels and fouta towels.

The kikoy is a cotton fabric that can be used as a sarong for sunbathing on the sand as well as for drying off when coming back from the water. And for good reason: this beach accessory has a place, soft and fine, on which to rest in peace, and a reverse side, as absorbent as a sponge to allow its user to dry off.

This towel / sarong is also found in many very bright colors, which will not make you regret the gray and sad tones of the traditional towels that we use at home.
As for the fouta, it is an ultra-absorbent towel that comes to us from Tunisia, and which is used in particular when leaving the hammams. To be this absorbent, the towel needs to be thick, which means that it fits just as well on deckchairs as it does at the beach to lie on. In addition, like kikoys towels, the bright colors of the fouta will delight fashion fans.
The name of this fabric means "hammam sheet" or "hammam towel". Finally, this traditional Tunisian napkin can be used as a decoration at home, as a bed throw for example, as a tablecloth or even as a top for a sofa or an armchair.
"Kikoy" is a word of Swahili origin which means loincloth. It is traditionally worn in some African countries such as Kenya and Tanzania, so we must speak of kikoy dress.

This garment allows you to cover yourself in hot weather while giving an impression of lightness that allows you to take advantage of the slightest breath of wind to cool off. 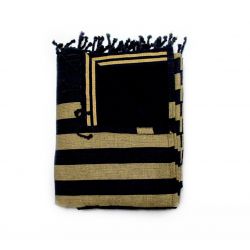 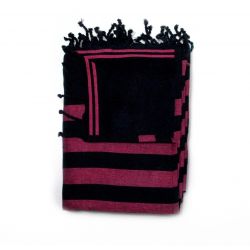 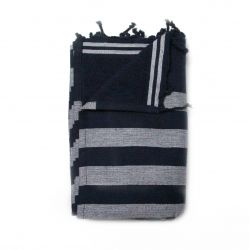 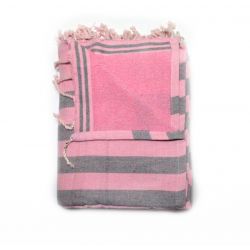 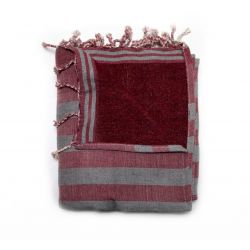 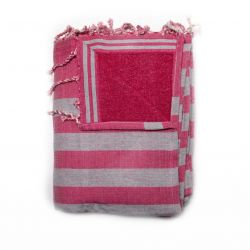